What a long, Strange Trip it's been!

Soooo, this week I completed my achievement. I have spent a little while this morning taking some screenies of the titles and outfits I have collected over the last year, so join me on my own long strange trip, which began a year ago, a month or so after i started playing WoW..... 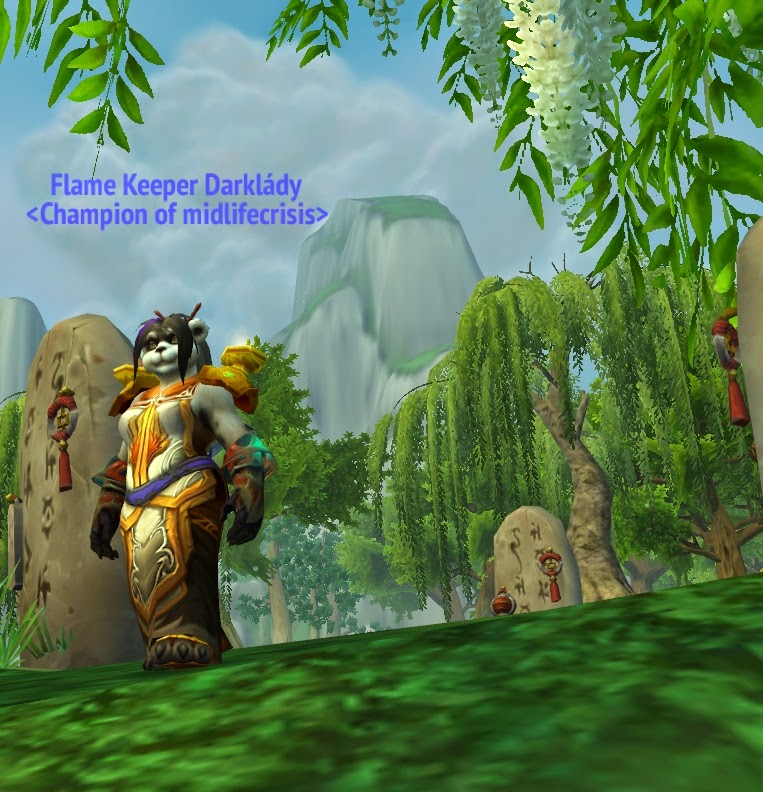 The first full achievement I actually got was the Flame Keeper one where you have to honor flames in various parts of  the world. One memorable moment had me running on foot out of Ironforge with 3 low level Alliance cheering at me as I hurtled past them with half the city chasing me!

The Next achievement was the Brewfest, which I REALLY wanted the title from being a Brewmaster, memorable moment for this was having about 30 people join me for a dance for around 5 minutes for no reason outside Orgrimmar! 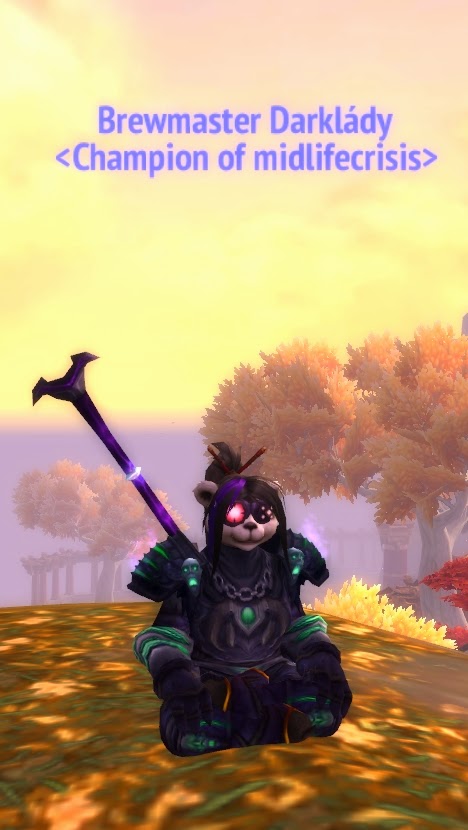 Following the Brewfest was my favorite achievement, Hallows End. As a huge Halloween  nut anyway I loved all of the events, mini achievements and dailies, I was particularly pleased with my Feline Familiar, which I named Sooty in memory of a black cat we had when I was a child. 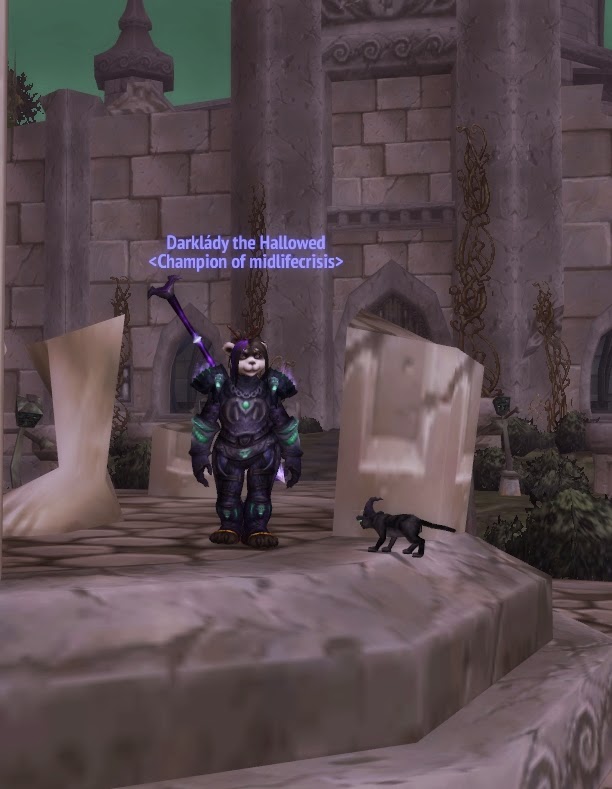 The Pilgrim festival (although not required for the meta) was fun, I loved the cooking aspect of it!

Winters Veil gave me an opportunity to make a nice holiday card for our raid group, we posed in front of General Nazgrim mid raid as he was also wearing a festive hat, which i thought was a really nice touch by blizzard. 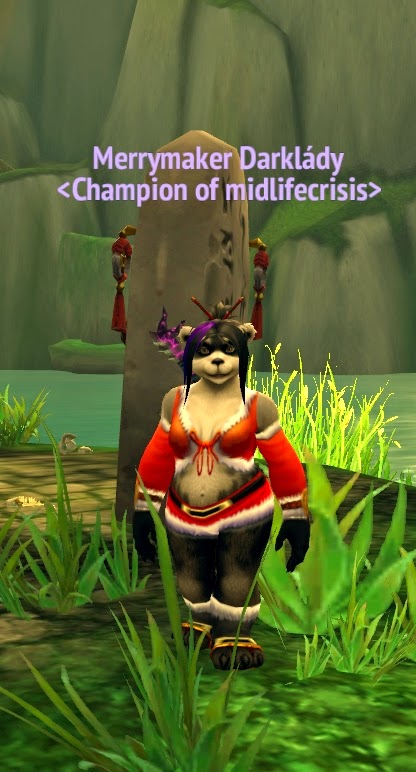 The lunar festival was quite a grind, in a similar style to honoring the flames, you have to honor various Elders around the world instead. I did however, love the lantern and the suit that I obtained from this festival! 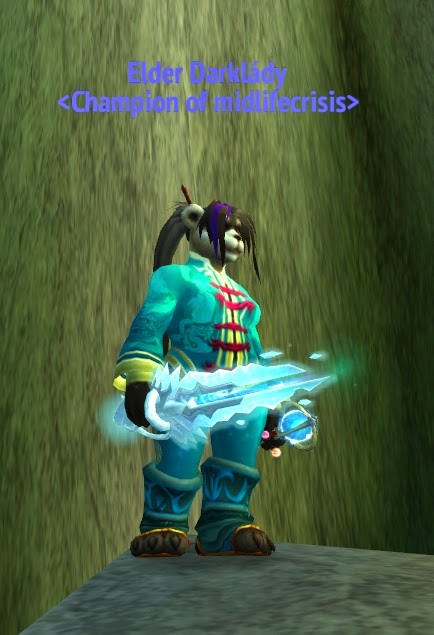 The love is in the air festival still plays host to my most read blog post where I sent a huge valentine to various people. It's really refreshing to know that being nice inspires happiness and kindness in others, I had some really nice personal messages following that post, I plan to do something similar every year. 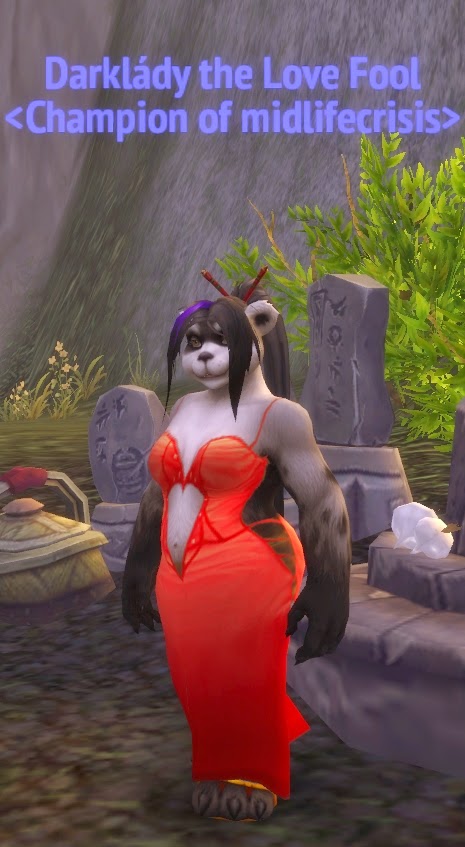 Noblegarden, I actually started playing WoW about 2 weeks before this started back in 2013. Not really knowing much about the game, I went and did a few achievements, but it wasn't until the fire festival I discovered the overall meta and decided to go for it. This year, doing the achievements was fun, I ran various bg's to throw bunny ears on people, I sat outside Stormwind and had a dance with some Alliance while trying to find a female Worgen to bestow my bunny ears on! 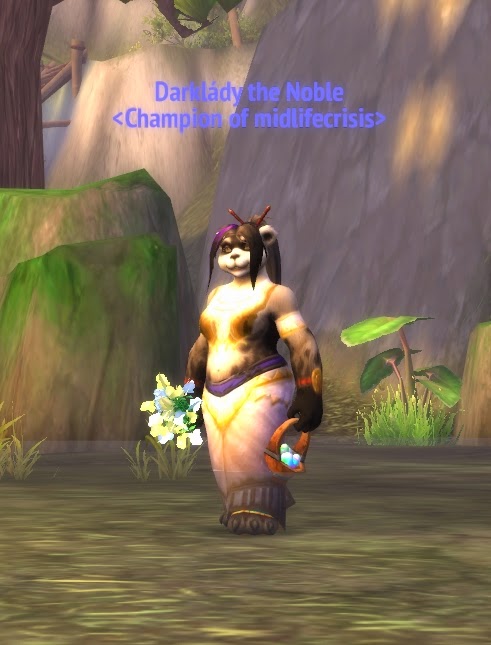 Finally Childrens week came around. I had an agonising time in BG's trying to get the achievements there as every man and his dog were doing them. After hours of this horrendous activity I finally had the required achievements, and then realized I needed 2 recipes that were rare drop chances...I spent 2 hours farming them both to no avail. 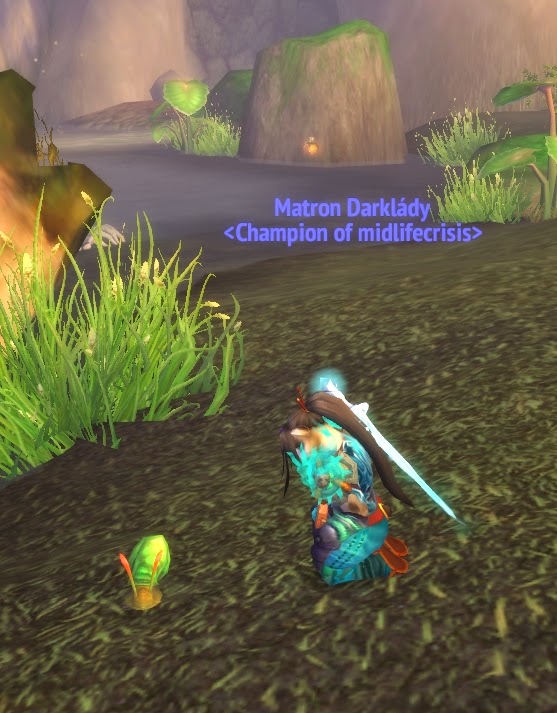 Returned to the AH to find that someone was actually selling the lovely cupcakes so I purchased those and continued with my hunt for the chocolate cake. Finally i gave in and decided to wait on a guildy, in hope that they would have the recipe having played the game since vanilla. However, before they could get online, something totally expected and wonderful happened. I was doing the orphan quests, taking my little baby orc to visit Lady SW in Undercity. While I was there I saw a warrior on the same quest, so I /s'd him/her and asked if by any chance they had the cake. I was ignored and they flew away. An hour later and still fuming at peoples ignorance I received a whisper from a Mage that I didn't know asking if I still needed the cake. Intrigued and surprised I replied, saying yes I did, and then asked how they knew I needed it, as I adn't actually told anyone at that point, nor had I ever seen this Mage before. (I should point out here that the cake, at this point was the last achievement I needed to get me the whole meta and proto drake)

The response was awesome "Oh, no, you don't know me at all, I saw you ask that warrior in Undercity earlier and they ignored you, I have the cake but I've been trying to find you for an hour as you have a funny accent in your name so I couldn't find it to whisper you right away." I arranged to meet the Mage in the shrine and when they traded me the cake I tried to trade a thousand gold in thanks, which they then refused to take. Upon getting my achievement and drake, the Mage congratulated me. All my faith in gamer humanity has been restored, what a lovely thing to do for someone you have never even met before. Although it may have meant nothing to them it was a huge deal for me, so, thank you Arkhul, you are a great person and I hope some day, someone does the same for you, you deserve it! 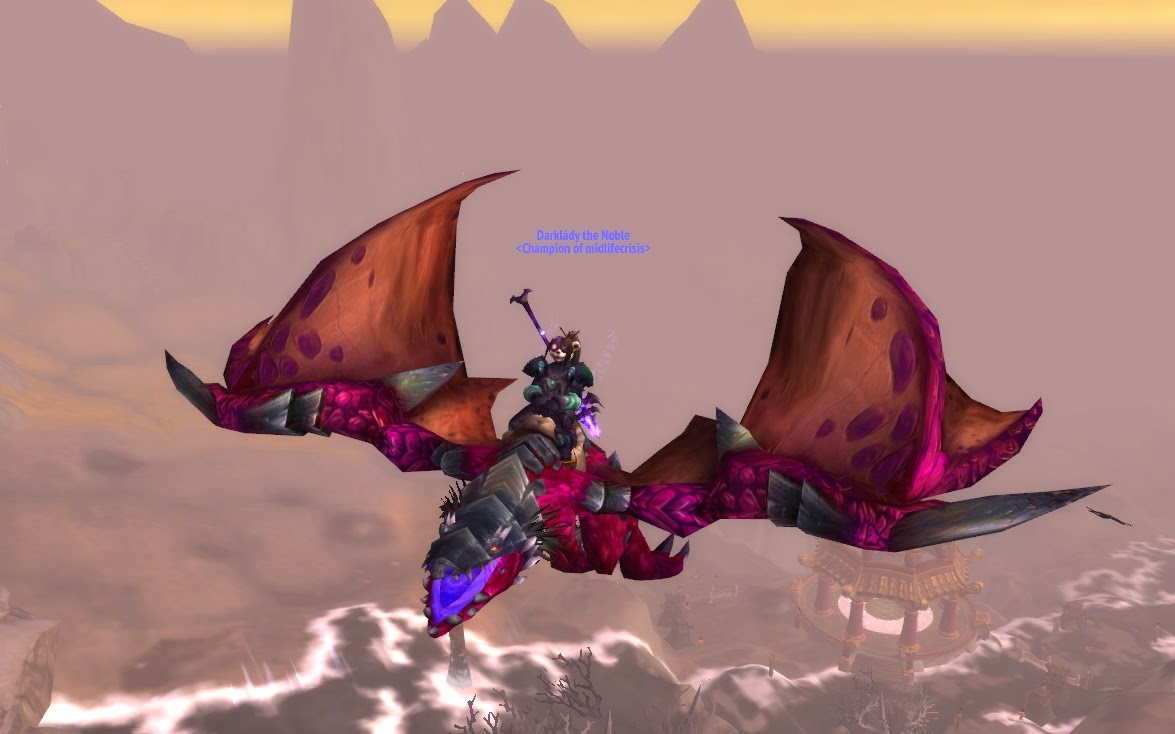 Posted by The BrewMistress at 07:03