So for this weeks blog I have some update mogs for you, including some mounts as well, (because we all like a mount that matches our mog) So sit back, relax, grab your brews and maybe some diva sunglasses, because darlings...this is going to be FABULOUS!! 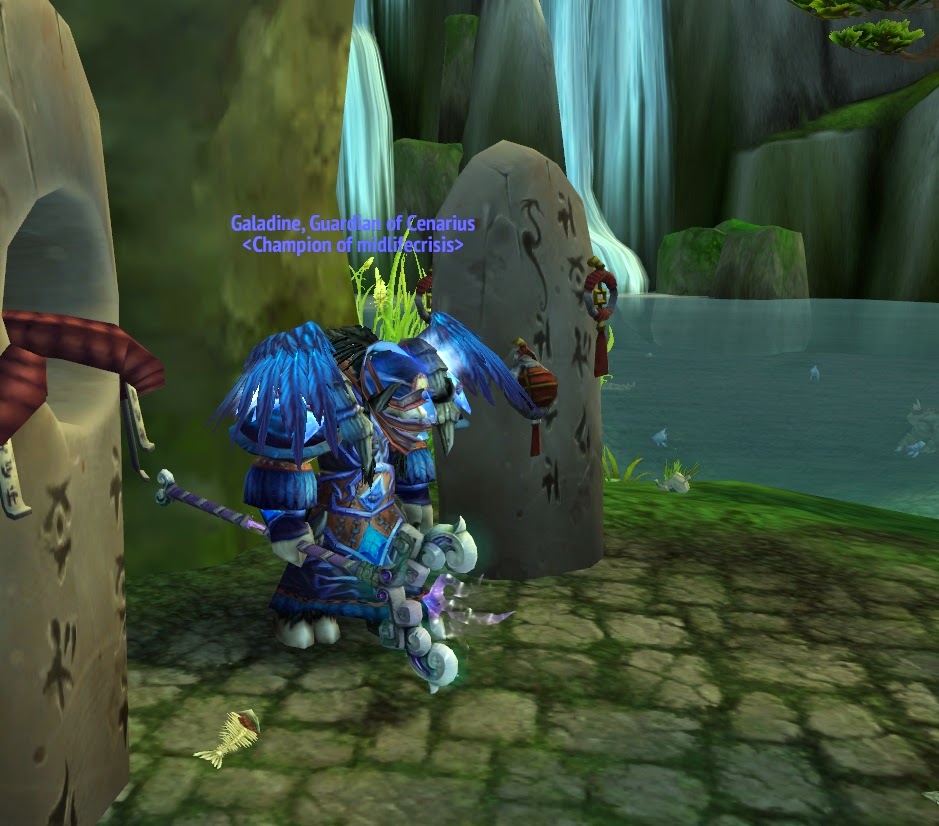 My Druid's BoomCow Mog, I was going for a shiny astral kind of look, it's the tier11 Stormriders regalia which I chose because it goes really nicely with my boomkin spec. 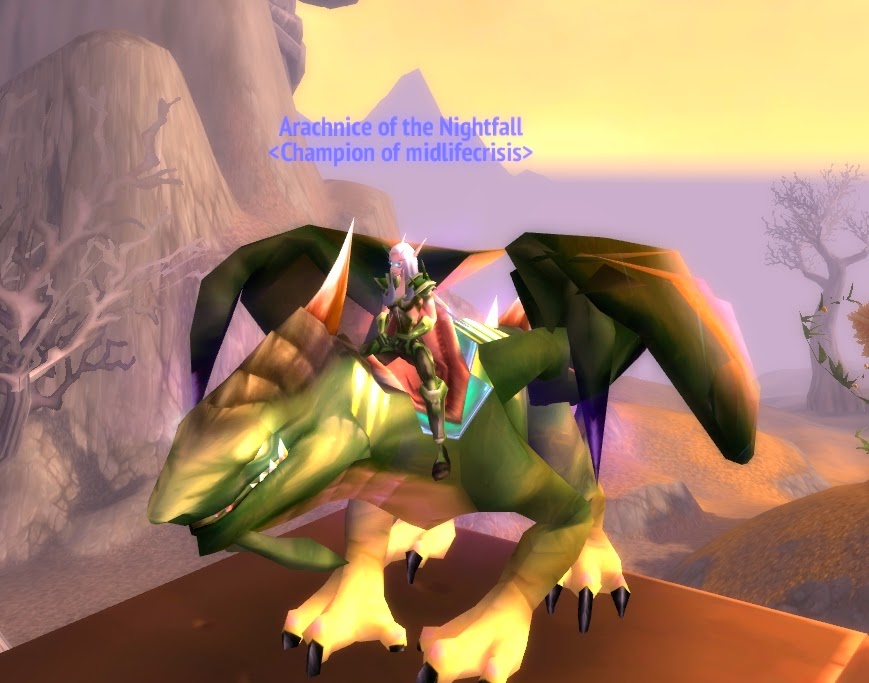 My DK's UH PvP set and mount, all the Fel Iron Blacksmithing recipes, and of course the netherwing drake to match! 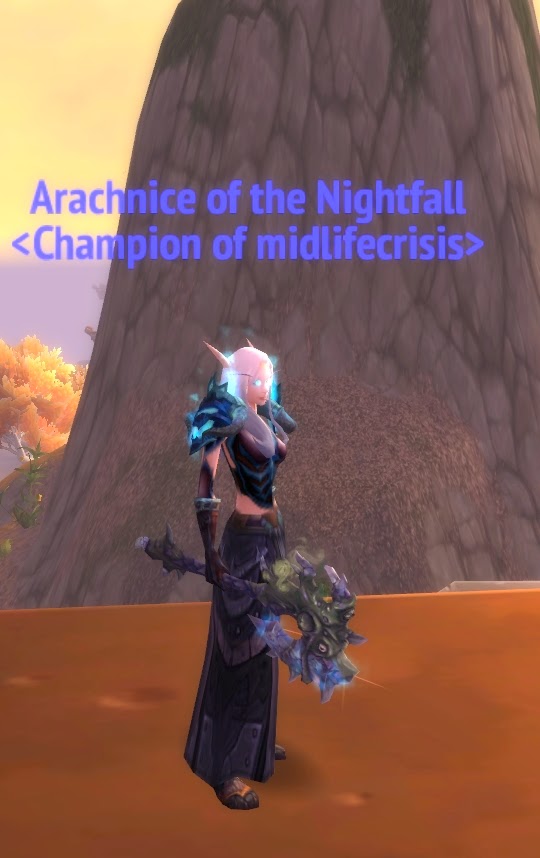 DK's Frost set, which I use the Frostbrood vanquisher mount for her.
THe shoulders are the Heaving plates of protection, and the chest piece is the Breastplate of Retribution. The rest of the set is the Acherus knight set, which can be bought by all DK's. (Not sure about other classes though, unlikely!) 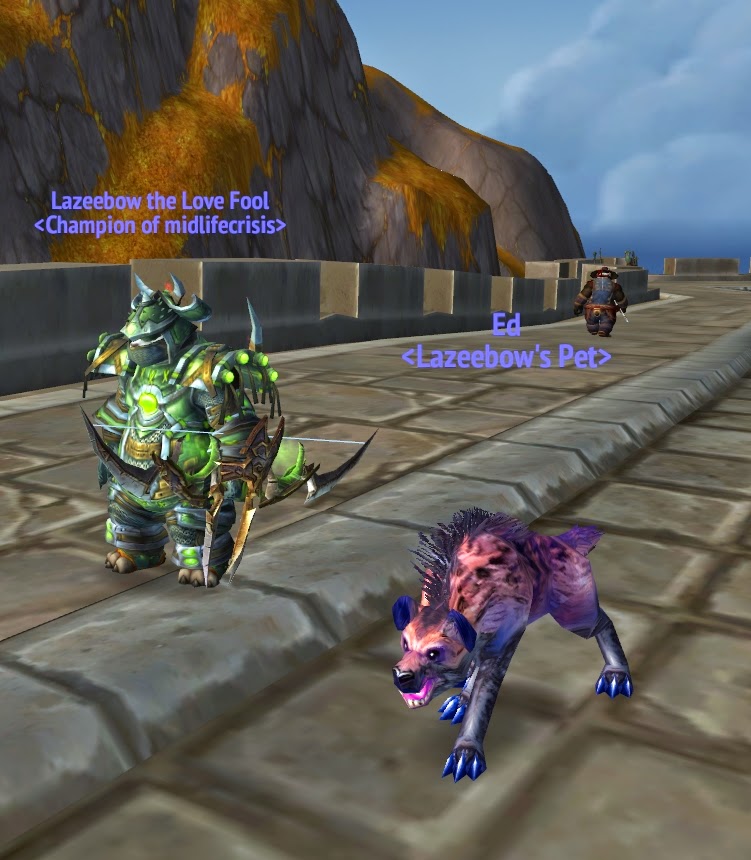 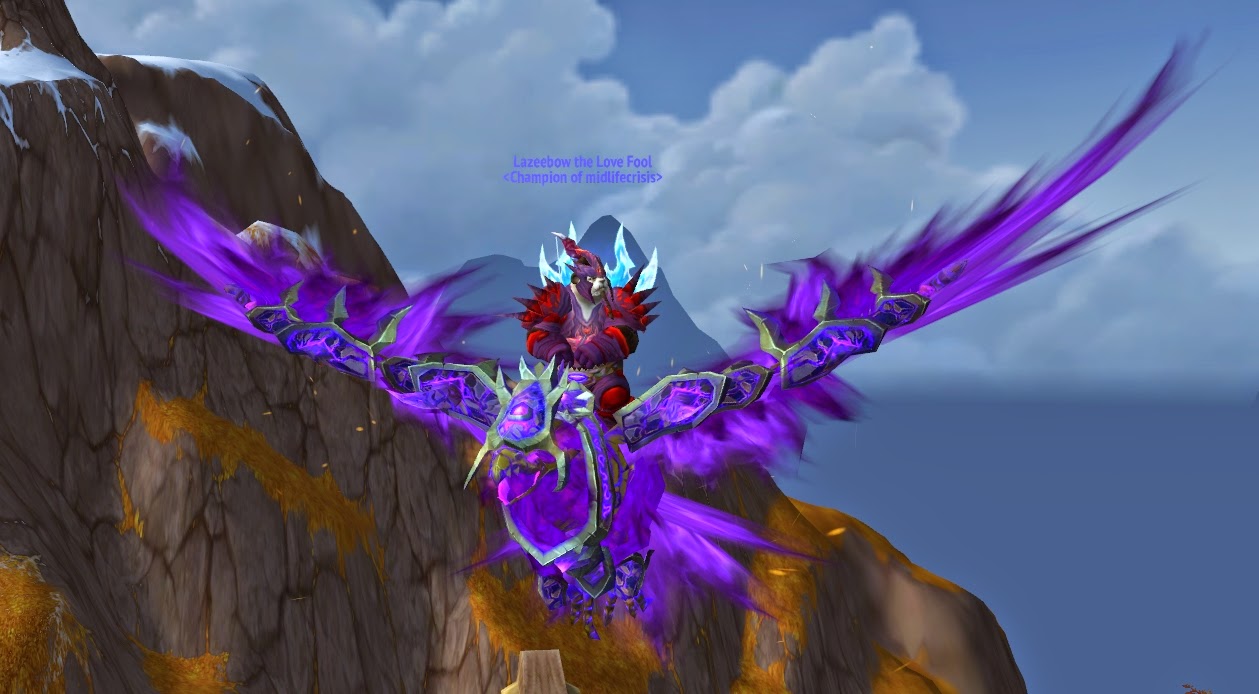 The mount I have with my Stikers set. 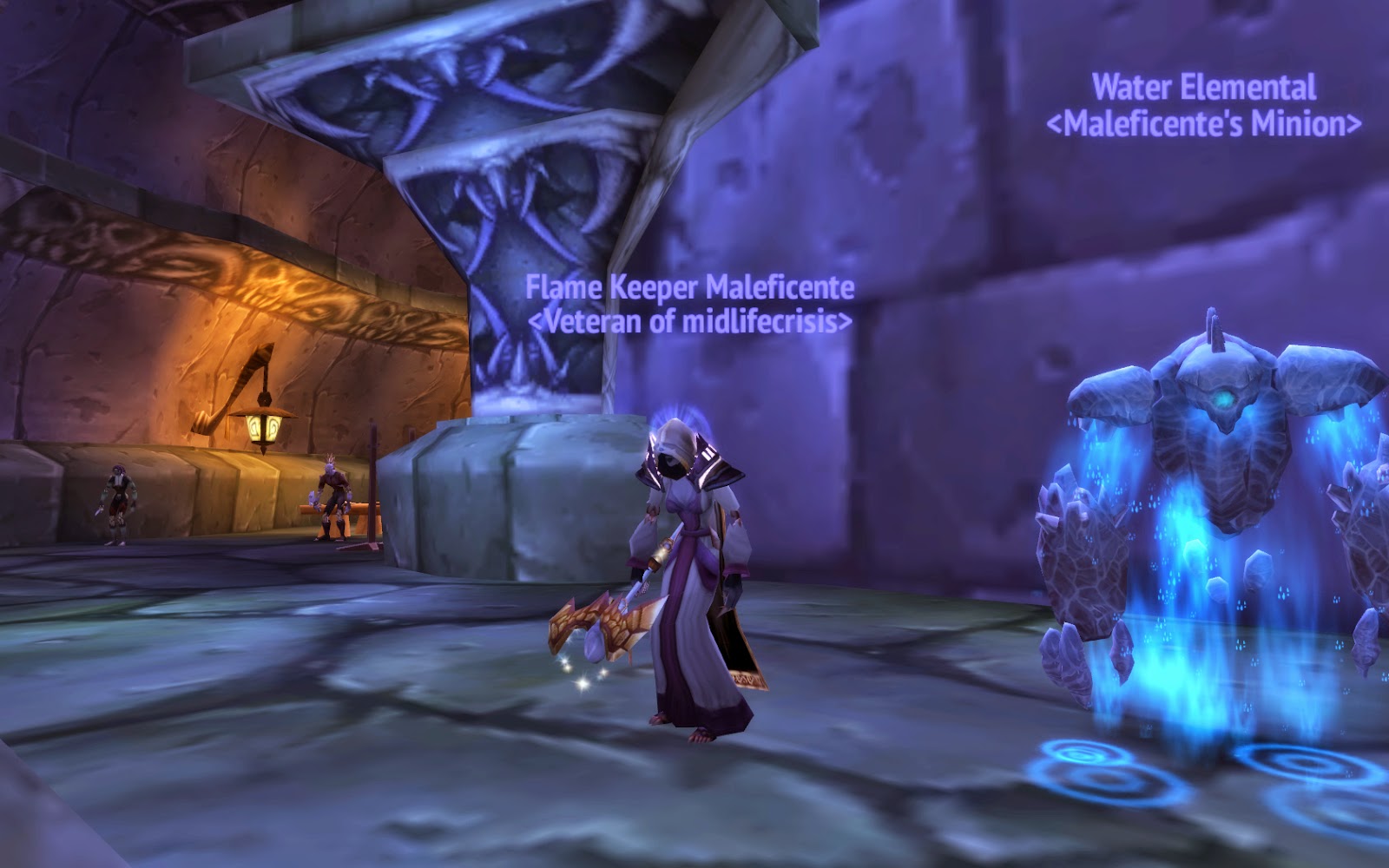 My rogue's current set it the Slayers armor from Tier 6, most of which can be picked up in Black temple, the dagger comes from Tempest Keep and the helm and cloak were random drops. 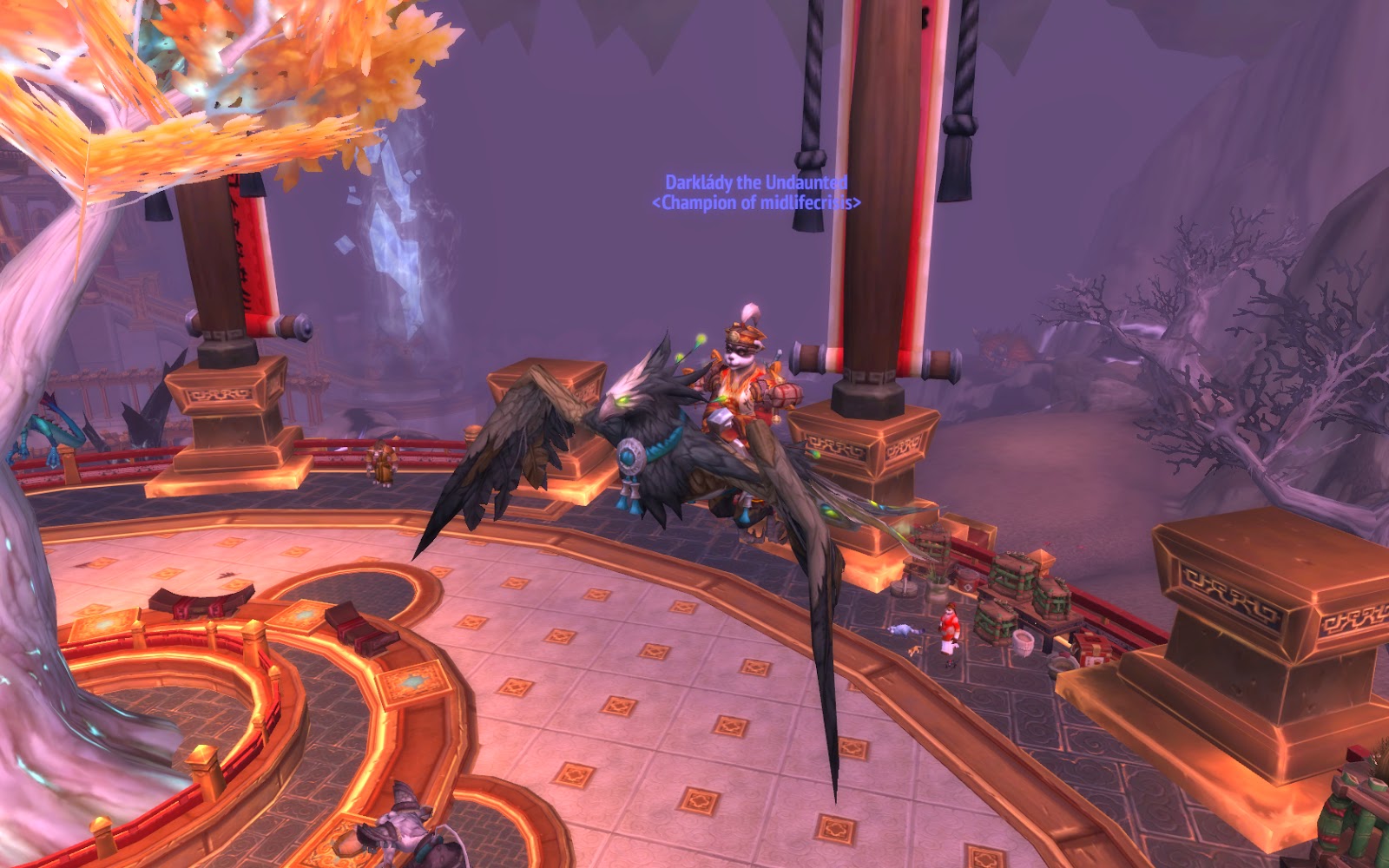 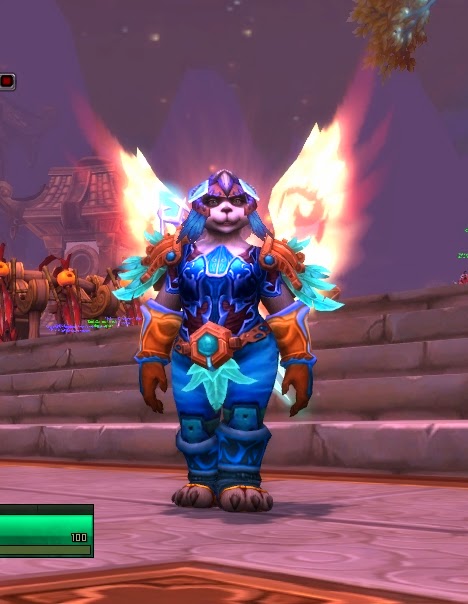 My monk's challenge mode gear and mount (above) and my first healing set transmog (below), I called it "The Ice" and it was made of bits and pieces from all over the place, and still one of my favorites.

That's it for now, I do have some other but the post was getting rather long, and I'd like to save some ;)