As promised I am joined on my E-Sofa this week by none other than Philippa Blenkey, who runs the Etsy shop - Pip's Portraits.

I will be interviewing Philippa and finding out as much as I can about her and her fabulous drawings!

If you have not yet visited this fabulous shop, let me demonstrate to you exactly why you should just go there...like NOW (read the rest first of course!!)
A guildmate of mine showed me the one that he had done of his warrior, I LOVE this style of artwork so it appealed to me immediately, so I got in contact with Philippa about having one...ok two...of my own drawings done. The result was epic, I sent these two pictures of my Hunter Lazeebow,  and my Monk Dark: 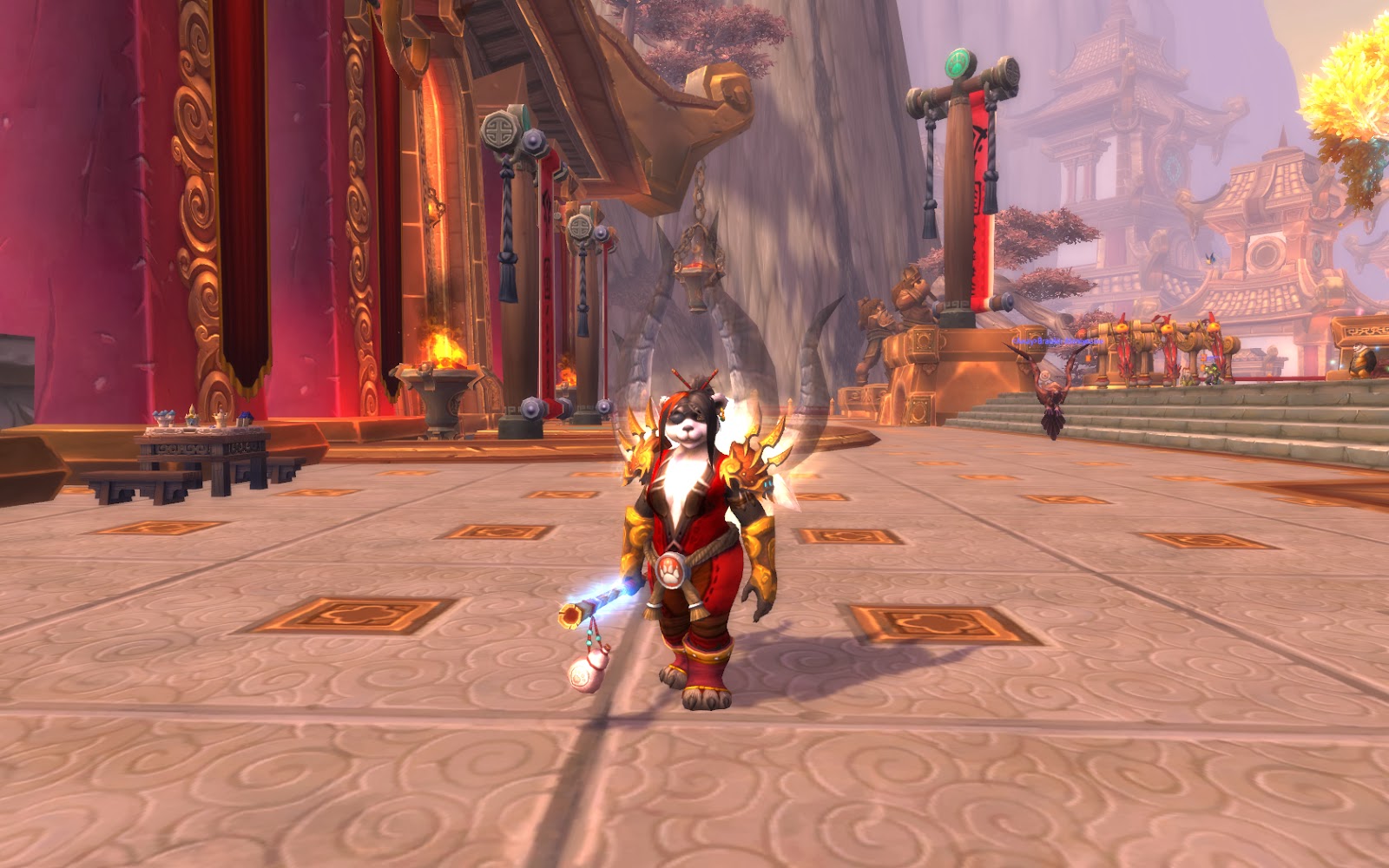 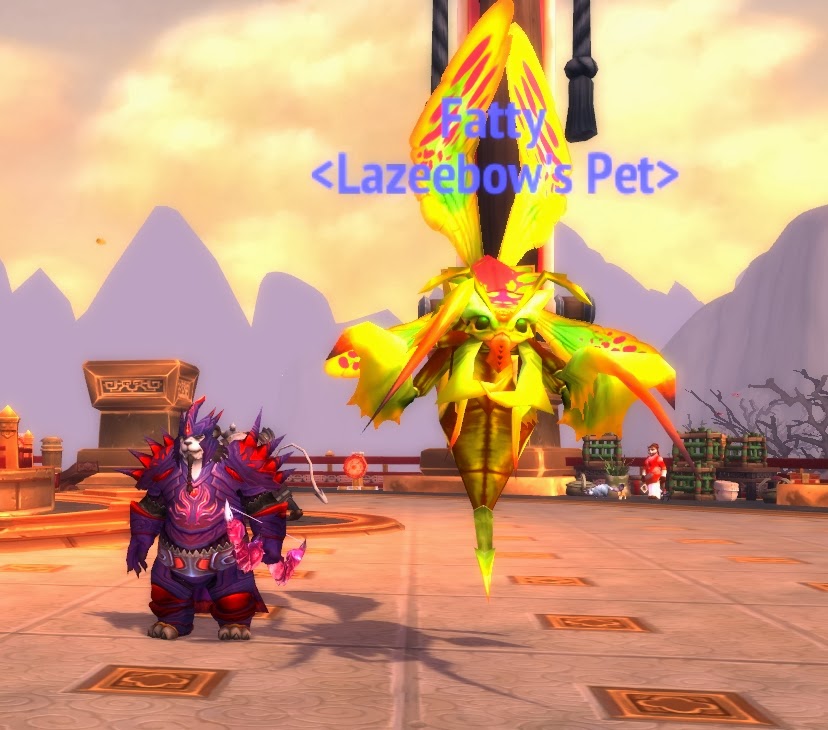 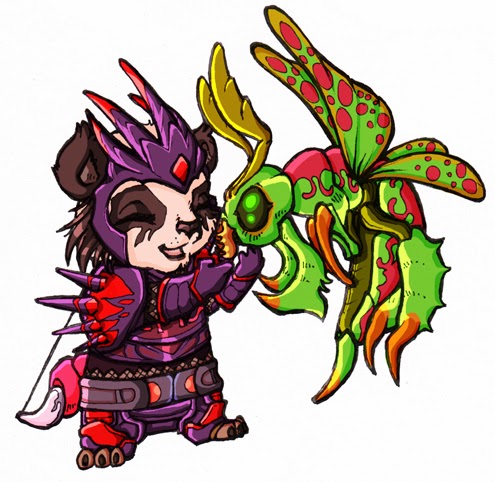 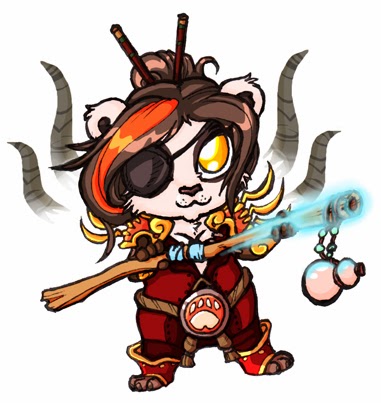 I literally "Squee'd" when I opened the email!! She's captured both characters beautifully and they are SO cute!!
I have some more of her work to show you, including a project of her own design, but first lets meet her and find out a bit about her!!
*Pats E-Sofa*

Dark: When/how did you get into drawing/art?
Philippa:  I never really 'got into' art, it's something I've always done! My parents didn't think much to the 'stick them in front of the TV' approach to parenting and so my brother and I were usually kept busy with more hands on playtimes- for me my hands were on the pencils! I was very much an introvert at school and preferred to sit on my own making comics and creating new characters in my own little world. Someone once told me to become any good at something you have to be doing it consistently for 6 years; I've definitely been drawing longer than that! Drawing is amazing as a hobby though; because you've got all your old pictures that you can look back on and the improvements you made are right there looking at you; it's a great feeling of accomplishment to know you've improved and learnt new skills!

Dark: How long does the average character take you to do?
Phillipa: For the chibi characters; they take around an hour and a half to two and half hours depending on how focused I am; I am terrible at timing myself, I'm usually doing a few things at once! For the larger pictures I can spend a few days getting each piece done! The picture with my hunter and druid on their mounts fighting is really recent and took about 8-10 hours start to finish over the course of 4 days. My process is sketching, then inking (sometimes I do these together and sometimes they're in different sittings), then scanned into the PC and coloured on photoshop or I use copic ciao markers if I'm colouring by hand. I've really taken a shine to these markers; they're my favourite thing to use at the moment! So bright and vivid and blend-able!

Dark: Do you do special commissions? Or would you consider them? (like a whole raid team for example...NOT that i'm thinking about this, honest :D)
Philippa: I'm open to trying anything! To be honest when you first said a whole raid team I thought "Oh God; 40 characters in one picture?!" Then I remembered that it's only ten now! I'm still in vanilla mode.. I always consider anything I would think of as a challenge or a big piece of work to be something I can have under my belt, so when it's finished I can think "yeah it was hard but we did it!" and also cheeky pieces like that look great in a portfolio; when I draw for myself it's not often a big full piece, it's usually busts with no background!

Dark: How long have you been playing wow?
Philippa: I've been playing WoW since 1st March 2006! I raided a resto druid in vanilla and then in TBC I raided much more seriously, I never had any alts until Pandaria and now I have five!

Dark: What is your main character and what drew you to this toon?
Philippa: My main switches between my tauren survival hunter and my worgen (used to be tauren) resto/moonkin druid. I started leveling alts when after years of playing druid I started to feel she was under-powered and not so fun to play, this is when I found my love for hunter!! Although recently I've been playing my druid as resto again in arena as I really want the pvp mounts! I started playing druid as I liked the whole idea of 'one with nature' I've always played support type classes and nature based heroes in other games and tauren druid was just so cuuute!! I switched her over to worgen at the beginning of Cata to play with some friends but I missed having a tauren (I am seriously a lady tauren fan), I originally wanted a hunter to get all the spirit beast pets as I'm a super avid pet and mount collector but the more I played hunter the more I enjoyed the laid back maneuverability of her; such a change of pace from druid!

Dark: A birdie tells me you are a transmog fan, are you looking forward to the potentially pretty weapons and armor when WoD comes out?
Philippa: Yessss! I love transmog; but mostly I love the old sets! I tend to prefer sets up to T6 (the last set of TBC) so none of the newer sets have really wowed me; I hope that with all the new character models and changes made aesthetically we will get some great new tiers that aren't brown. I'd love some bright coloured, shiny, flashy goodness! :) It would also be great if we could have some way the transmogs don't take up any more bag space because seriously I have full bags, full bank and full void storage! I can't take it! How's a druid to herb?!

Dark: Whats the easiest way for people to get in touch with you if they want a character done for themselves?
Philippa:   I check my email address PhilippaBlenkey@gmail.com almost daily and if you just want to have a look at some pictures my DeviantART page is FeedApollyon.DeviantART.com and if you just want to chat on WoW my characters are Antileah on Turalyon (A), Applecore on Darkspear (H) & Keylah, Starscream, Elarah & Moonscream on Quel'Thalas (H). Or Just Antileah#2100 haha! 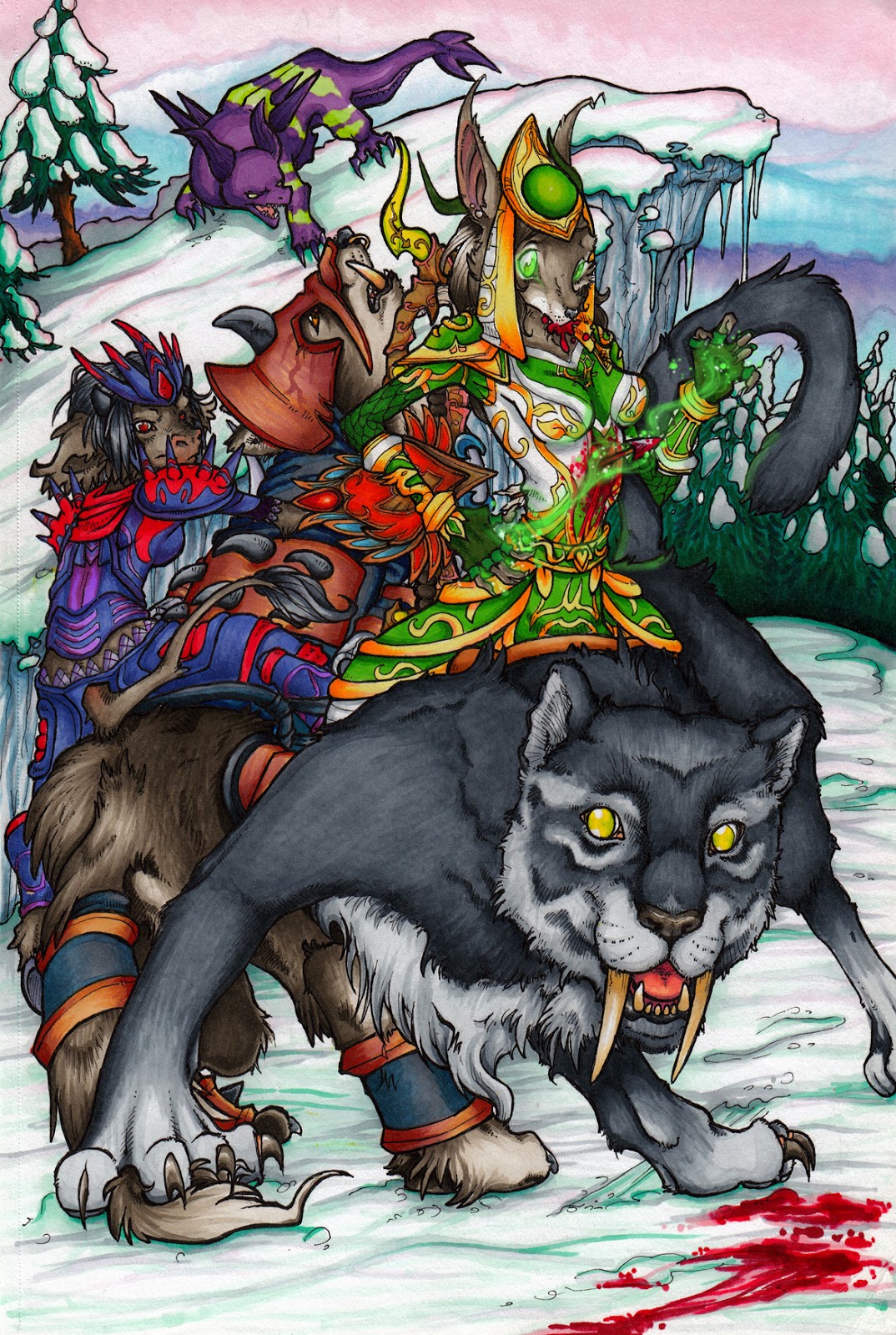 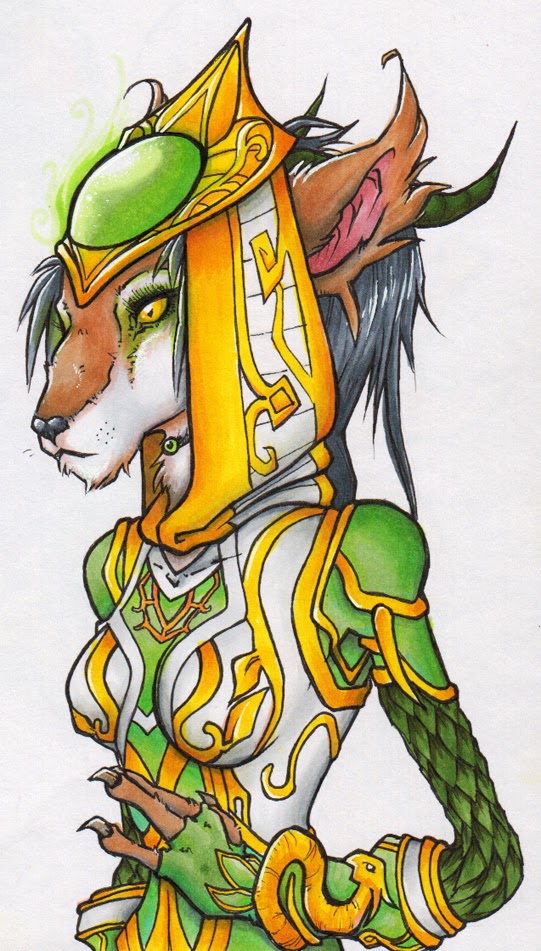 A lot of time, care and dedication goes into this work, and I think it is worth showcasing, you can find Philippa's shop on this link----> Pip's Portraits
So that's it for my interview!! Next month I shall be praying upon someone else to join me on my E-Sofa so beware!!